Catherine has had a distinguished international career in the diplomatic service and joins the College from the Foreign & Commonwealth Office. As Ambassador to Mongolia until February 2018, Catherine championed stronger economic, political, cultural and educational links with the UK. She particularly enjoyed working with young adults and was regularly asked to speak to leadership and personal development programmes. Catherine was awarded an OBE for services to British foreign policy in the 2019 New Year Honours.

Her FCO career has also seen her serve in Afghanistan, Iran, Iraq and Oman. She has led on a range of issues including human rights, counter terrorism, trade, and public affairs, most recently leading the successful UK campaign to secure the nomination to host the COP26 climate conference in 2020. Prior to joining the FCO, Catherine was a journalist and travel writer in the Middle East. Her career started with leading global management consulting firm, Oliver Wyman.

Catherine represents the global outlook of St Edmund’s. Born in South Korea, she was then schooled in Asia & the UK before coming to Cambridge as a student. She studied as an undergraduate and for an MPhil at Trinity College, where she was a Research, Senior, and Choral scholar. She also holds an MA in Religious Conflict from the University of Nottingham and has attended the Higher Command & Staff Course at the UK Defence Academy.

On her election, Catherine said: ‘I am delighted to be returning to Cambridge and to joining St Edmund’s College. I have already been struck by the warmth of the community and the welcoming environment that has made St Edmund’s one of the most international colleges in Cambridge. This is an exciting time for St Edmund’s, with the opening of the Mount Pleasant Halls in time for Michaelmas Term. I look forward to working with the whole college community to foster and promote inclusion, support and excellence at St Edmund’s, as we take the College to the next stage in its development.’ 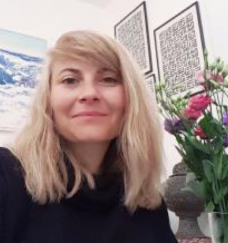