Charles Cotton is on the boards of AIM listed Frontier Developments; and private technology companies Solarflare Inc.; XMOS Ltd.; Cambridge Enterprise and is a member of its Investment Committees; Chairman of the Scientific Advisory Panel of Cambridge Innovation Capital; Deputy Chairman of Cambridge Ahead; and a member of the Board of Trustees of the American University of Sharjah.

Previously he was a Supervisory Board member of Euronext Amsterdam listed, Tele Atlas which was sold to TomTom for €2.8Bn in 2008; Executive Chairman of NASDAQ listed, GlobespanVirata Inc.; and CEO of Virata Corp. which he took public on NASDAQ in 1999 and achieved a market cap of more than $5Bn at its peak.

He arrived in Cambridge in 1983 and was Sales and Marketing Director for Sinclair Research. 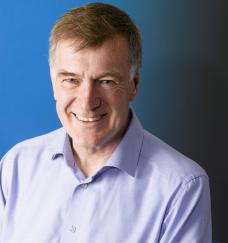