Dr Anna Gannon, FSA, Keeper of Art, has been a Fellow since 2006, and directs studies in History of Art. She is an affiliated lecturer in the Department of History of Art.

She gained her first degree in Italy, where she studied Modern Languages and specialised in German Philology. She read History of Art at the University of Cambridge, and her PhD was published as The Iconography of Early Anglo-Saxon Coinage (Oxford University Press, 2003; paperback reprint, 2010; Kindle edn. 2012).

Her principal research interests and publications are in Anglo-Saxon coinage, Late Antiquity and the advent of Christianity, Germanic and Insular art and culture. She is currently working on the exegesis of imagined sacred landscapes through the sense of smell and on reliquaries. Her latest major publication is the Sylloge of Coins of the British Isles, 63. British Museum. Anglo-Saxon Coins. Part i. Early Anglo-Saxon Coins and Continental Silver Coins of the North Sea, c.600-760, British Museum, 2013.

Dr Gannon worked at the British Museum in the Coin Department and in the Department of Prehistory and Europe, reporting on Treasure. She was Academic Consultant for the University and is in charge of the professional development of newly-appointed probationary lecturers across the University. As affiliated lecturer in the Department of History of Art she taught her own Part II paper on Anglo-Saxon Art, as well as directing studies for five colleges. At St Edmund’s she was also a Tutor and contributed to a number of major Committees.

As a practising Catholic, she regularly attends Mass at St Edmund’s Chapel. 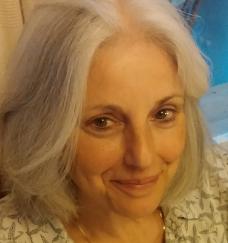