Dr Edward Kessler, MBE is Founder President of the Woolf Institute and a leading thinker in interfaith relations, primarily, Jewish-Christian-Muslim Relations. He founded the Woolf Institute, originally called the Centre for Jewish-Christian Relations, 1998 and was elected Fellow of St Edmund’s College in 2002; in 2007, Dr Kessler was described by The Times Higher Education Supplement (London) as ‘probably the most prolific interfaith figure in British academia’ and in 2011 was awarded an MBE for services to interfaith relations. He has written or edited 12 books, including An Introduction to Jewish-Christian Relations (Cambridge, 2010), Jews, Christians and Muslims in Encounter (SCM, 2013) and Jesus (The History Press, 2016). He is presently editing a Documentary History of Jewish-Christian Relations (Cambridge, 2023). He was Convenor and Vice-Chair of the Commission on Religion and Belief in British Public Life (2013-15), which published a major policy report entitled, Living with Difference and Principal Investigator of the Woolf Diversity Study, a study of diversity in England and Wales (2017-19), which published a major policy report entitled, How We Get Along.

Kessler regularly appears in the media commenting on religion and belief issues of the day, such as presenting a BBCR4 documentary entitled ‘We do do God’ (2019), is a regular contributor to the Woolf Institute blog and hosts the weekly podcast Naked Reflections. He also presented the series, Covid-19 Chronicles (2020), which consists of more than 50 interviews with faith leaders on the impact of the coronavirus on religion and belief. He wrote and presented two A-Z podcasts (2018-20), An A-Z of Believing: From Atheism to Zealotry and An A-Z of the Holy Land: From Arab to Zion.

Much of his academic work has been examining Scripture and exploring the significance for Jewish-Christian relations of sharing a sacred text. He has identified a common exegetical tradition, especially in the formative centuries. In recent writings, he has focused on the encounter with Islam and contemporary relations between the three Abrahamic faiths. Kessler proposes positive approaches for managing difference, which he argues, is vital in forming a constructive identity as well as for sustaining communities, in the UK and Overseas. Since 2017, he has been working with local actors in Israel, Palestine and Jordan to agree measures to safeguard Jerusalem’s holy places.

Kessler also explores the tensions, positive as well as negative, between religion and civil society. At a lecture at the Brookings Institution in 2014, he argued that diplomats and policymakers need to be better trained in religion and belief, describing the contemporary religious landscape as a ‘post-interfaith’ world. In 2019, at an annual lecture for the Council for Religious and Life Stance Communities in Oslo, he argued that because religious monopolies are in decline, belonging to a minority is the norm.

As well as teaching Cambridge University students, Kessler teaches at the Cambridge Theological Federation. Internationally, he contributes to an annual online course on Muslim-Jewish relations (jointly with American University in Washington) and is regularly invited to deliver lectures Overseas. In academic year 2021/22, he is on sabbatical at the Irish School of Ecumenics, Trinity College, Dublin. 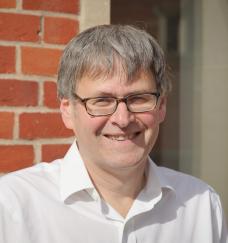