Affiliated Lecturer at the Department of Applied Mathematics and Theoretical Physics, Director of Studies in Mathematics, Tutor, Financial Tutor

Peter O’Donnell is an Affiliated Lecturer in the Department of Applied Mathematics and Theoretical Physics, a member of the Relativity and Gravitation research group and a Fellow of the Institute of Mathematics and its Applications. His current research interests are:

Lanczos potential theory. The Weyl tensor can be generated differentially by a three index tensor: the Lanczos tensor, which was derived from a Lagrangian that was initially constructed to analyse the self-dual part of the Riemann tensor. An ongoing study is being carried out to investigate the mathematical and physical properties of the Lanczos tensor. In generating the Weyl tensor the Lanczos tensor acts as a potential – analogous to the electric tensor in electromagnetic theory.

Amongst his publications, Peter is the author of two books:

He is a Tutor and Director of Studies at St. Edmund’s for Mathematics. 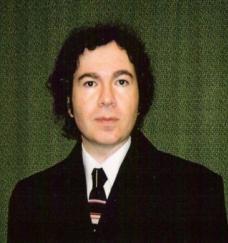