The College elected Simon Mitton to the Fellowship of St Edmund’s in 1974. He has actively served the College in that capacity ever since. From 1974–2014 he held various positions as a financial officer, including Bursar, Treasurer, and Steward. He is a Life Fellow of St Edmund’s College. He read physics at the University of Oxford (Trinity College), and followed that by a doctorate in astrophysics at the University of Cambridge (Churchill College and the Cavendish Laboratory). His postdoctoral experience was gained at the Institute of Astronomy, University of Cambridge. From 1978–2001 he held senior editorial positions as publisher of science and technology books at Cambridge University Press (a Department of the University). From 1984–2001 he was an Executive Director of the Publishing Division of the Press. Following retirement from the Press, he resumed his academic research career full time, based at the College.

Simon Mitton’s current research discipline is the history of science. His field of expertise is the history of astronomy and planetary science in the nineteenth and twentieth centuries. In that area, he is active in the production of research papers, journal articles, reviews, public lectures, popular books, and academic monographs, as well as presentations at international conferences in Europe and the United States. He is funded by the Alfred P. Sloan Foundation (New York) to research and write an academic monograph on deep carbon science. He is a member of the Deep Carbon Observatory (Carnegie Institution for Science, Washington DC) network of scientists whose mission is to transform our understanding of the element carbon in Earth. Carbon plays an unparalleled role in our lives: as the element of life, as the basis of most of society’s energy, as the backbone of most new materials, and as the central focus in efforts to understand Earth’s variable and uncertain climate. Yet despite carbon’s importance, scientists remain largely ignorant of the physical, chemical, and biological behavior of many of Earth’s carbon-bearing systems.

Simon Mitton’s publications include a major biography of the British cosmologist Sir Fred Hoyle (1915 – 2001), published in 2011 by Cambridge University Press. He is co-author with Professor Jeremiah P. Ostriker of Heart of Darkness: unravelling the mysteries of the expanding universe, a major book on our present understanding of the nature of the universe, the origin of structure, dark matter and dark energy, re-issued in paperback 2015. He produced an academic edition of the autobiography of the cosmologist and astronomer Thomas Gold FRS, published in June 2012. A further book of collected papers, on the cosmologist Georges Lemaître, was published in 2013. Together with Jacqueline Mitton, he is currently researching and writing a biography of the astronomer Vera Rubin (1928–2016), which will be published in due course by Harvard University Press.  He continues to write and lecture on the early cosmological work of Georges Lemaître, who resided at St Edmund’s House 1923-24 while working with Sir Arthur Eddington.

From 2012–2014 was Vice-President of the Royal Astronomical Society.

Simon Mitton is a founder Director of Total Astronomy Limited , a company based in Cambridge that provides media services for the astronomy and space industries. This website has details of his publications and services to publishers.

The International Astronomical Union designated asteroid 4027 as Minor Planet Mitton in recognition of the extensive outreach activity undertaken by himself and Dr Jacqueline Mitton. 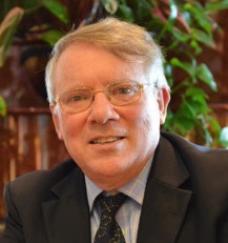