Fr Alban McCoy OFM Conv, Fellow Emeritus, Praelector and Wine Steward, former Dean (2013-2018) and Acting Dean (2018-2020), Visiting Professor at the Universidad Peruana de Ciencias Aplicadas (UPC), Lima, Peru, was educated at the Universities of Kent and Oxford. After ordination in 1975 as a priest in the Franciscan Order, he served as a curate in a far-flung rural parish in Lincolnshire, where he was also for three years a Chaplain in the Royal Air Force. He was Dean of Studies at the Franciscan Study Centre, Canterbury, where he also taught philosophy and, at the University of Kent, medieval theology. After Canterbury, he was Dean of Philosophy at Allen Hall, London, the Westminster Diocesan Seminary, where he still teaches philosophy part-time. From 1998 to 2013, he was Catholic Chaplain to the University of Cambridge. Since 1995, he has been the Religious Books Editor and, latterly, Editorial Consultant at The Tablet, the London-based international Catholic weekly newspaper. Since 2014 he has also been its Wine Writer. He is the author of An Intelligent Person’s Guide to Catholicism (Bloomsbury 2001) and An Intelligent Persons Guide to Christian Ethics (2006). 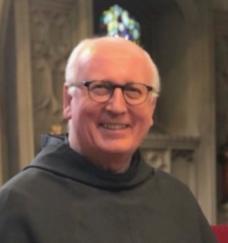