In addition to Quantum Computing, his core academic interests are the Philosophy of Mathematics, and in particular the work on the foundations of mathematics of Ludwig Wittgenstein.

He is a Trustee and Chair of the Capital Appeal for the Christian Heritage Centre at Stonyhurst College.

A Lancastrian by upbringing, Ilyas spent 20 years living and working in Hong Kong prior to returning to the United Kingdom in 2009. He was Chairman of Leonard Cheshire Disability (“LCD”) for two full terms from June 2009 to July 2015. LCD which, with operations in over 50 countries, is the world’s largest NGO that cares for and supports disabled people.

Khan, I. (2016) Free will – a road less travelled in quantum information processing. 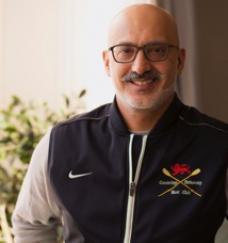