Kate Wilson is an experienced general and fundraising manager, having worked in both the private and higher education sector in Canada and the UK for more than 30 years.

She started her career as a fundraising consultant in Canada, latterly running a university annual giving and advancement services operation. After earning her MBA from the Harvard Business School in 1996, she moved to the UK and transitioned to the private sector. She spent more than 12 years working in telecommunications and media, first with a global mobile satellite telephony start up, and later with Orange UK. She was the first Director of Operations at Freeserve UK, the FTSE 100 internet service provider. Kate also served as non-executive director of a local building society for several years.

In early 2019, Kate stepped down from her role as Chief Operating Officer for the University’s development and alumni relations team after almost seven years. She led the restructure and subsequent doubling in size of the team and was responsible for the operational management of the current £2 billion Dear World, Yours Cambridge campaign. Throughout her tenure, she worked closely with the 31 Colleges to ensure their fundraising and alumni engagement success. She now works as a freelance consultant.

Kate has been a fellow at St. Edmund’s since 2016 and partners closely with the Development Office and the College to bring her expertise to bear. She lives in Cambridge with her husband, Jon, three children and dog. 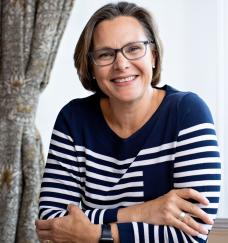