He has a long connection with Cambridge and the University, where he read History at Peterhouse. He was a member of the University’s Audit Committee from 1999–2012. He was a founding member of the Judge Business School Advisory Board and its longest serving member (1985–2002), and Chairman of the Centre for Business Research (CBR) Advisory Board from 2001-2013. He also served as a Non-Executive Director and Chairman of the Audit and Business Development Committees of the Cambridge University Hospitals NHS Foundation Trust (Addenbrooke’s). In the earlier part of his career, whilst at Barclays he was heavily involved in the Cambridge Phenomenon. Mr Bullock was a member of the UK Cabinet Advisory Committee on Applied Research and Development during the mid 1980s. His experience in the technology sector resulted in his appointment as Chairman of TAP Biosystems plc (1999–2012). Mr Bullock is a 1596 Foundation Fellow of Sidney Sussex College and he has an Honorary Degree from Anglia Ruskin University. He is currently Vice Chairman of Cambridge Ahead, a local business and academic group.

Matthew Bullock had a long and successful career in the financial sector, joining Barclays Bank in 1974, where he rose to become Regional Director in Leeds and Director of Risk Management and Group Senior Executive. Prior to leaving the Barclays Group in 1998, he was a Managing Director of BZW/Barclays Capital. From 1998–2011 he was Group Chief Executive of the Norwich & Peterborough Building Society. During this time he was Chairman of the Building Societies Association. He is a graduate of the Advanced Management Program at the Harvard Business School and a Fellow of the Chartered Institute of Bankers.

Mr Bullock was previously on the Governing Body of the University of Leeds and the Council of Imperial College, London.

Matthew Bullock has close connections with the University of Oxford. His father, Lord (Alan) Bullock, the eminent historian, was Vice-Chancellor of Oxford University and Censor of St Catherine’s Society and led an ambitious campaign of fundraising and development, resulting in the transformation of the Society into St Catherine’s College in 1962 when he was elected as its first Master. Matthew Bullock was educated at Magdalen College School, Oxford. 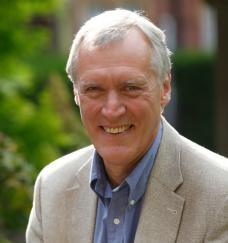