Prior to entering academia, Sandesh’s professional experience included: Fellow of the International Bar Association and Associate Legal Officer to Judge Mohamed Shahabuddeen at the Appeals Chamber of the International Criminal Tribunals for the former Yugoslavia and for Rwanda; Judicial Fellow to Judges Dame Rosalyn Higgins and Peter Tomka at the International Court of Justice; and Intern for former President of Ireland and UN High Commissioner for Human Rights, Mary Robinson, at Realizing Rights: the Ethical Globalization Initiative.

Sandesh holds an MA and PhD from the University of Cambridge and an LLM from New York University School of Law where he was a Hauser Global Scholar. 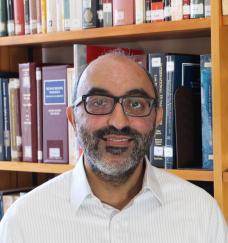