Sir Brian Heap has doctorates from the Universities of Nottingham and Cambridge in animal physiology, and has published on endocrine physiology, biotechnology, sustainable consumption and production, and science advice for policy makers. He was University Demonstrator at the University of Cambridge, staff member of the Institute of Animal Physiology, Babraham, Cambridge, Director of the Institute of Animal Physiology and Genetics Research (Cambridge and Edinburgh), and Director of Research at the Biotechnology and Biological Sciences Research Council, Swindon. He was President of the Institute of Biology, UK Representative on the European Science Foundation, Strasbourg, UK Representative on the NATO Science Committee, member of the Scientific Advisory Panel for Emergency Responses (SAPER), Chief Scientist’s Office, Cabinet Office, and member of the Advisory Board of the Templeton Foundation. Elected a Fellow of the Royal Society in 1989, he became a member of Council, and Foreign Secretary and Vice-President from 1996 to 2001. In 1994 he was awarded CBE and in 2001 knighted for contributions to international science.

Sir Brian was President of the European Academies Science Advisory Council, Honorary Professor at the University of Nottingham, and is Chief Scientific Advisor to the Malaysian Commonwealth Study Centre and the Cambridge Malaysian Education and Development Trust, and is a Trustee of the Cambridge China Development Trust. He was Master of St Edmund’s College, Cambridge, and is Honorary Fellow at St Edmund’s College, Cambridge and formerly at Green Templeton College, Oxford. He was Editor of the Philosophical Transactions of the Royal Society, Series B, Chair of the Advisory Panel on Sustainable Consumption and Production at the Department of the Environment Food and Rural Affairs, and Specialist Advisor to the Parliamentary Select Committee on Putting Science and Engineering at the Heart of Government Policy.

With the UK’s Nuffield Council on Bioethics, the Department of Health’s Expert Group on Cloning, the EU President’s Advisory Group on Biotechnology, and the UK-China Forum he has been engaged in issues of population growth, environment and biotechnology. He is Senior Adviser of the Smart Villages Initiative in Africa, Asia and Latin America, International Adviser, Global Food Security, University of Cambridge, and previously project co-leader of Biosciences for Farming in Africa. He was scientific consultant for Merck, Sharp and Dohme, Johnson and Johnson, and Ligand Pharmaceuticals in the USA, and Principal Scientific Adviser for ZyGEM Co Ltd, New Zealand. 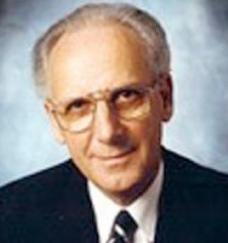