Rev Dr Geoffrey Cook MSc PhD CBiol FSB CChem FRSC was elected to the Fellowship at the end of 1978. After a period as Secretary to the Fellows Council he was elected Vice-Master, an office he held for twenty five years. During this period he was responsible for petitioning the Earl Marshall for the grant of Arms for the College, as well as serving on the group of fellows charged with drafting Statutes that enabled the College to successfully petition the Privy Council for a Royal Charter. In 1986 he became Chairman of the College’s newly established Development Committee and was responsible for coordinating and the delivery of the extensions to the Norfolk Building, the construction of the College Tower, the Library Building and the three residential buildings on the College’s site. Retiring from the Governing Body in 2007 he was elected to a Life Fellowship.

In 1978 Geoffrey Cook was ordained as the first permanent deacon in the newly erected Diocese of East Anglia. He has chaired the Diocesan Commission for Dialogue and Unity since 1984 and was a Member of the Committee for Christian Unity of the RC Bishops’ Conference of England & Wales 1984-92. He served as a Member of the Governing Council of the Cambridge Theological Federation 2008-14 and is currently the RC Member, Methodist-Anglican Panel for Unity in Mission. Chairman of the Cambridgeshire Ecumenical Council 1990-92 he has Chaired Shared Churches (Ely) Limited, a company established by the mainstream churches in the County to build and own church centres in the newly developing townships, from 2003-to date. He is a Member of the Society of Ordained Scientists and a Member of the Advisory Board, Faraday Institute for Science and Religion, a Governor of Ipswich School, Suffolk and Chair of Governors, St Bede’s Inter-Church School, Cambridge. 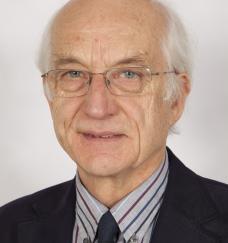